Philippe Juin, coordinator of the PISTER programme, was awarded the Prix Étancelin by the Académie des Sciences on Tuesday 23 November 2021

Each year, the Academy of Sciences awards nearly 80 prizes in all scientific fields, both fundamental and applied. These prizes honour experienced scientists or young researchers at the beginning of their career. In 2021, Philippe Juin is one of the 83 laureates by receiving the Étancelin Prize under the dome of the Institut de France. 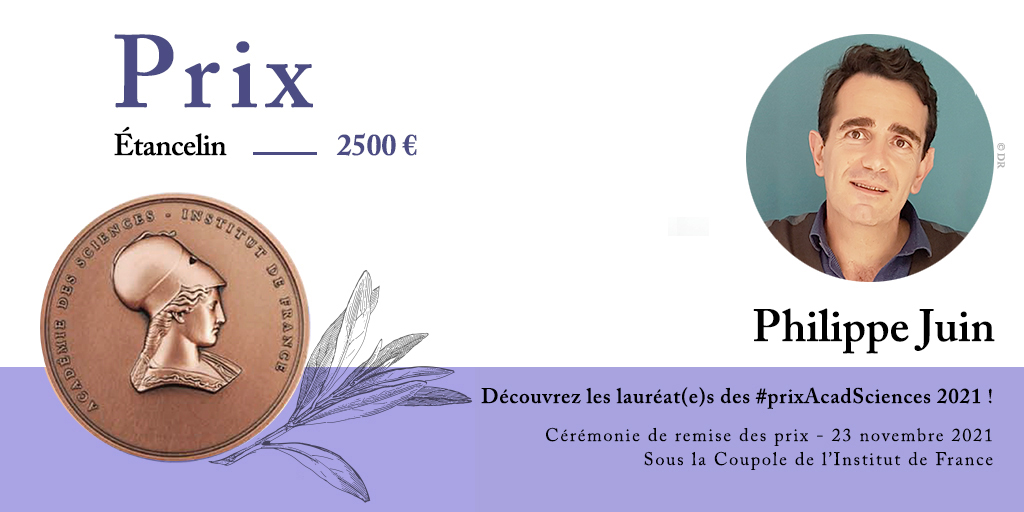 The Etancelin Prize is a biennial award created in 1945 to provoke, facilitate or reward discoveries of value to humanity, primarily against cancer and diseases considered incurable.

The research of Philippe Juin and his team

Philippe Juin is exploring the mechanisms that control the viability of breast cancer cells. His research team in Nantes has shown that: i) these cells acquire both resistance to treatment and self-renewal capacity; ii) the stromal microenvironment influences this resistance; iii) an inflammatory response determines the chemotherapeutic response. By characterising the determinants of cell fate and their influence on breast tumour ecosystems, her research aims to optimise anti-cancer treatments.